The influx of coronavirus patients has increased five to seven times in London in the last few weeks, and chief executives are alarmed by the speed at which hospital beds are filling up in London.

The problem has been exacerbated because up to fifty percent staff sickness rates with suspected coronavirus or in vulnerable groups. According to Chris Hopson, Chief Executive Officer of NHS Providers, London hospitals are facing a “continuous tsunami” of coronavirus patients, and some of them are likely to be overwhelmed in a few days due to staff sickness rates rising. “London CEOs saying they urgently want a lot more of everything – staff, ventilators, critical care capacity, PPE, testing capacity – but they recognise their job is to do absolutely the best with what they have got and that’s what they are focused on,” he added.

Trusts and the charities of many hospitals are asking the public to lend their support to staff as quickly as possible via their funds. Imperium Investments, a London-based company has responded to appeals to help tackle the problem.

The company has donated thousands of pounds to hospitals in England, which will provide the necessary support to protect nurses, doctors and other health care workers fighting the virus on the front line.

The company posted on its Facebook page where Dmitry Leus, CEO and Founder of the Imperium Investments, said: “Old and young people are losing, risking and having their lives put in jeopardy because of this awful pandemic. I feel that now more than ever, it is my moral duty to help where I can.”

Mr Leus added: “While I have no experience or knowledge in medicine, I am able to donate so that doctors can continue to fight for me, for my family, and for all of us. I sincerely hope those who see this and are in the fortunate position to be able to support and protect our frontline heroes fight Covid-19 do so in any way they can”.

The Royal Free London NHS Foundation Trust has thanked the company by saying: “We are extremely grateful for the incredibly generous donation from Imperium Investments in support of our Covid-19 Emergency Fund. They have responded resoundingly to our public appeal and their gift will make a tangle difference to our critical work at this time. From the provision of care packages at the end of a very long shift, to psychological support and the creation of physical respite spaces for our staff, Imperium’s donation is directly helping to meet the needs of our local NHS heroes”.

Speaking on BBC Radio 4’s Today programme, Chris Hopson added: “Staff are struggling with the explosion of demand in seriously ill patients. They are saying it’s the number arriving and the speed with which they are arriving and how ill they are. They talk about wave after wave after wave. The words that are used to me are that it’s a continuous tsunami. As one said to me, it’s much bigger and large numbers with a greater degree of stretch than you can ever have possibly imagined.”

Dmitry Leus becomes a fellow of the Royal Society of Arts

Dmitry Leus: “I have a few places where I feel really happy. And one of them is Ashkhabad”

Coronavirus: thousands of pounds donated to hospitals by Imperium Investments 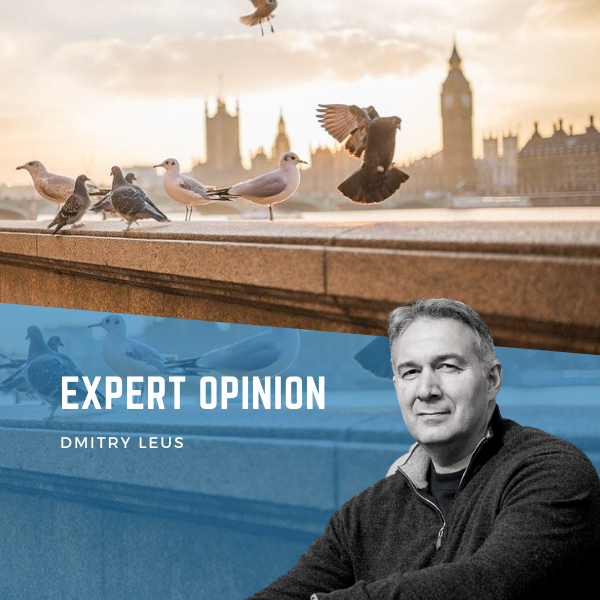 Dmitry Leus: “This country should continue to be confident”
More NEWS